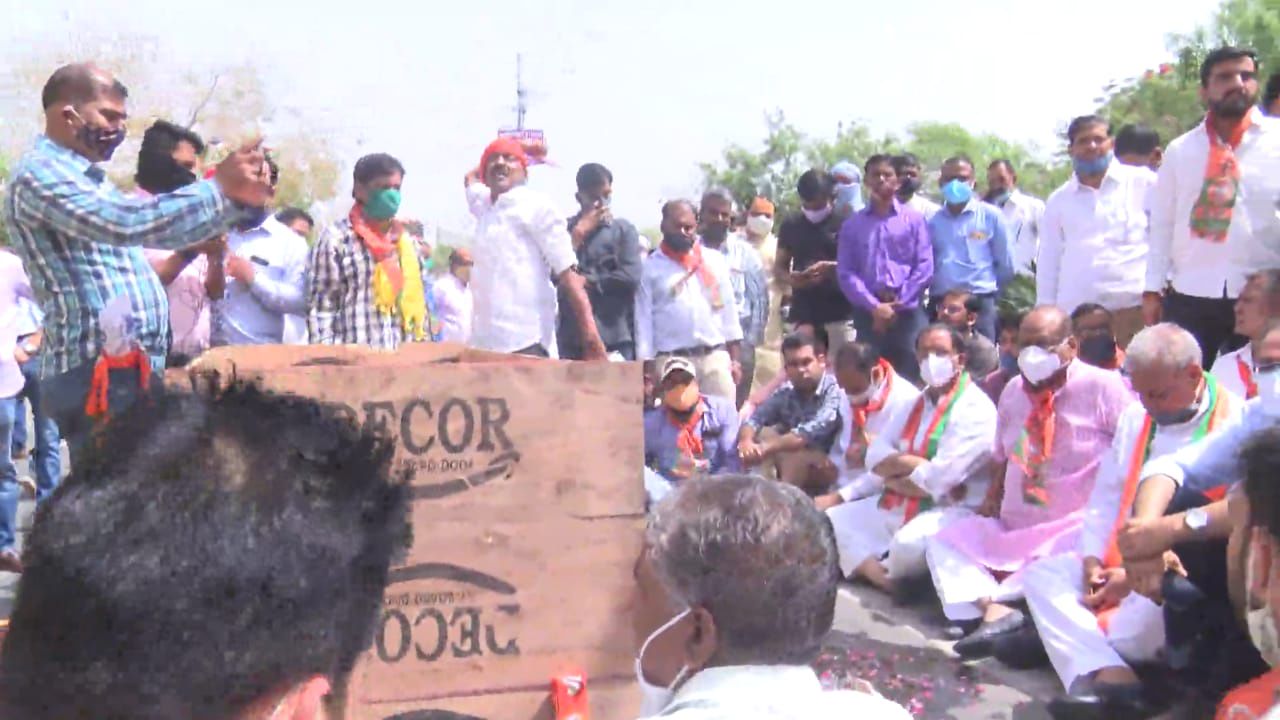 The death of a priest from Rajasthan's Dausa district has snowballed into a major controversy as scores of BJP leaders staged a dharna hardly 400 metres away from Chief Minister Ashok Gehlot's residence in Jaipur on Thursday.

Shambhu Lal Sharma, the priest from Dausa, died due to health complications. He was allegedly under pressure from a land mafia.

The land mafia was allegedly pressurising Sharma in a bid to usurp the land which belonged to the temple. The police have filed a case under Section 302 (murder) of the Indian Penal Code against the accused.

The priest died seven days ago after which BJP leader and MP Dr Kirodi Lal Meena amongst others staged a dharna outside the police station in Mahua in Rajasthan's Dausa district for six days.

Their demands were that the accused, who allegedly pressurised Sharma, be booked and the family of the priest be given a compensation of Rs 50 lakh along with a job for the next of the kin.