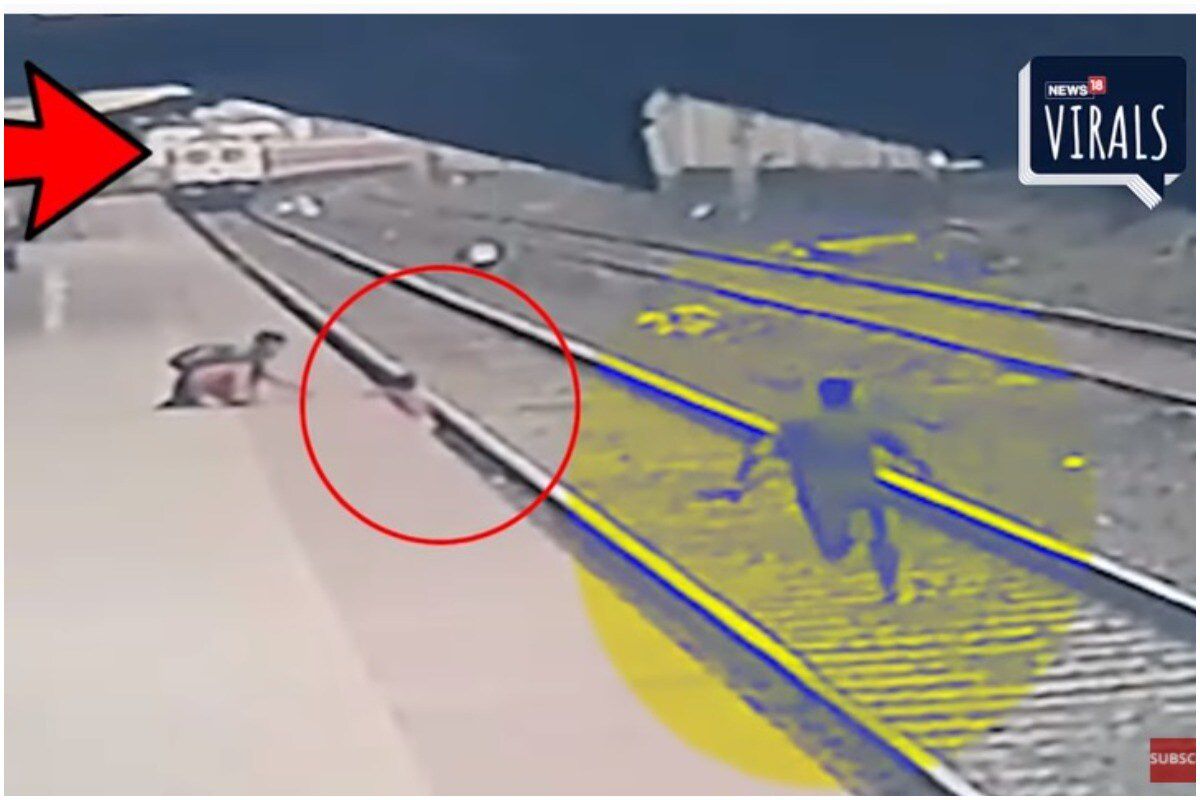 A timely intervention and extraordinary courage shown by a railway pointsman with the Central Railway (Mumbai division) has saved a child who had fallen off the platform onto the tracks seconds before a train approached the station. A video of the hair-raising incident has gone viral on social media and internet users are praising the official.

The video shows a woman with a child walking to the edge of the railway platform when the child slips from her hands and falls on the tracks. The woman, frightened to see the oncoming train, makes desperate calls for help to save her child but no one could be seen around her.