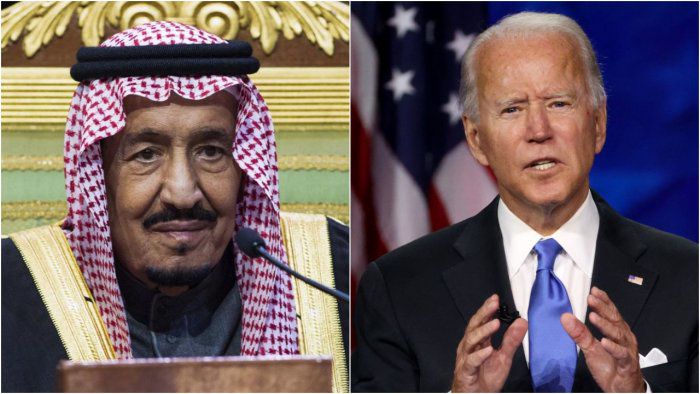 President Joe Biden held his first call with King Salman of Saudi Arabia on Thursday, but the official White House description of it made no mention of the imminent release of an American intelligence report that implicates the king's son, and heir apparent, in the killing of dissident journalist Jamal Khashoggi.

In the days leading up to the conversation between Biden and the 85-year-old king, who has been in poor health, White House officials had described the conversation as part of a 'recalibration' of the relationship, and as part of an effort to send a message that the United States regarded the son, Crown Prince Mohammed bin Salman, as the wrong choice to lead the country.