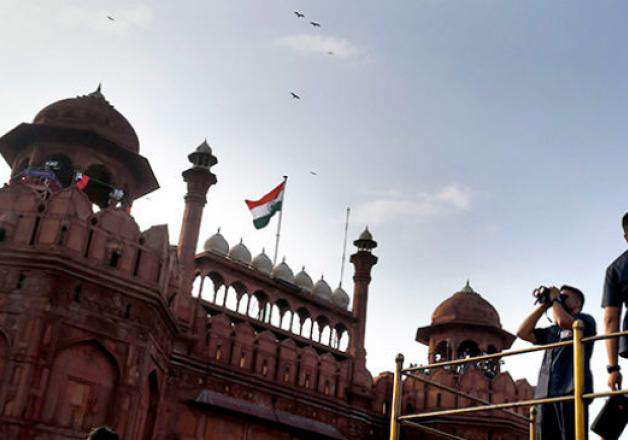 SWAT commandos and NSG snipers have been deployed while for the first time cameras with facial recognition software are being used to secure the historic Red Fort where Prime Minister Narendra Modi will hoist the national flag on the 73rd Independence Day on Thursday.

Around 500 CCTV cameras have been installed around the venue, where ministers, bureaucrats, foreign dignitaries and common people will gather to hear the prime minister.

Army, paramilitary forces and 20,000 Delhi Police personnel have also been deployed. The roads leading to the Red Fort are under surveillance and police personnel are taking help of sniffer dogs to check vehicles in north and central districts of Delhi.

Breaking: Five rockets hit near US Embassy in Baghdad

Two booked for desecration of Bhagwan Nityananda's idol in Thane, no arrests so far

All eyes on AI EoI on Monday, likely suitors are Tatas, Hindujas

Read Constitution in Time to Spare From Dividing India: Cong to PM

4th Test: England set South Africa a daunting 466 to save the series

'Deserving get left out each time,' Vinesh Phogat raises questions on Padma Awards