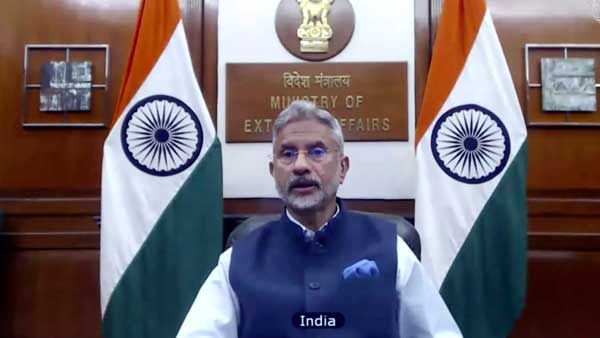 New Delhi, Feb 26: External Affairs Minister S Jaishankar spoke to his Chinese counterpart Wang Yi on Thursday and discussed the border standoff in eastern Ladakh as well as reviewed the status of disengagement.

"EAM referred to the meeting with Chinese Foreign Minister in September 2020 in Moscow where Indian side had expressed its concern on provocative behavior & unilateral attempts of Chinese side to alter status quo" it said.