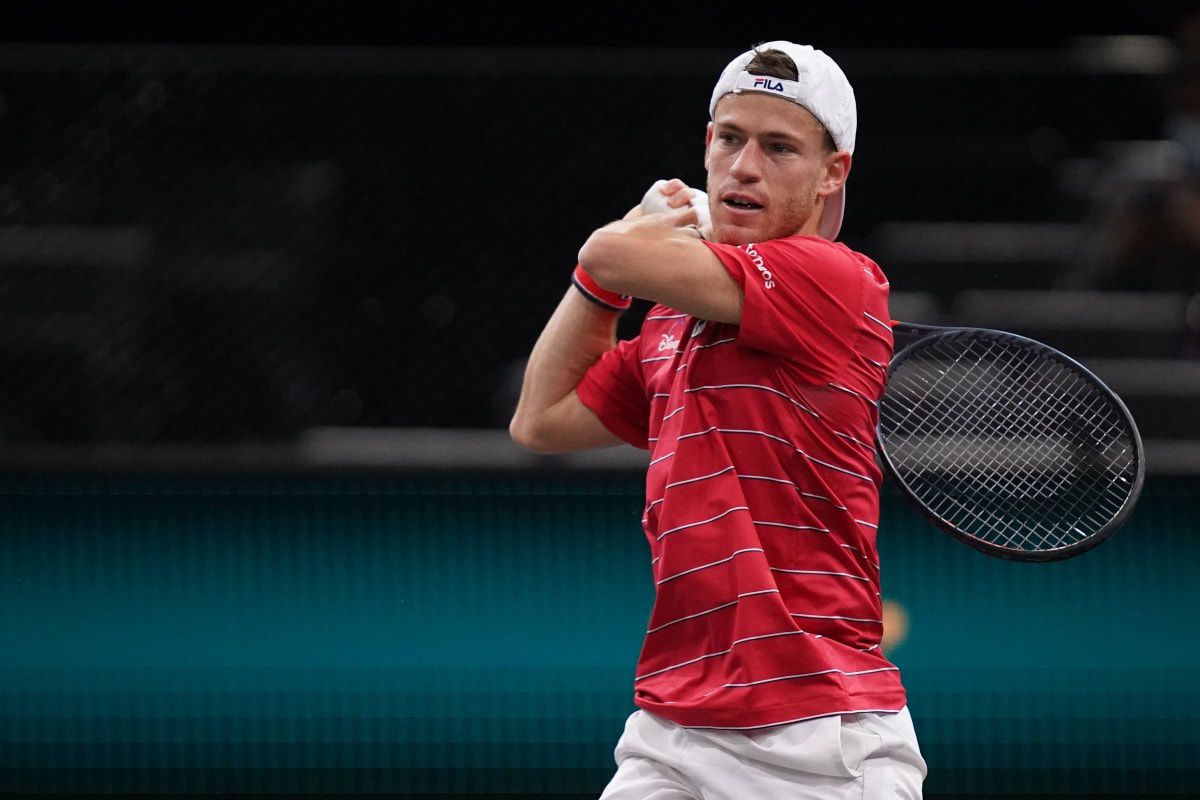 Diego Schwartzman fell victim to the upset bug early last week in Cordoba, but the Argentine reset well on Thursday to make a good start at the Argentina Open.

The top seed converted all five of his break points to beat qualifier Lukas Klein 6-4, 6-2. Schwartzman, who won 56 per cent of his return points, advanced to the quarter-finals after one hour and 26 minutes.

'It was difficult at the beginning because I didn't know him. He was playing aggressive, he was hitting good winners, serving well, going to the net,' Schwartzman said. 'It was difficult, but then I found the solutions to make my game better and better and I think the second set was a good second set.'