Crime has increased by 100% in Bihar: Tejashwi Yadav quotes NCRB to put Nitish on the mat 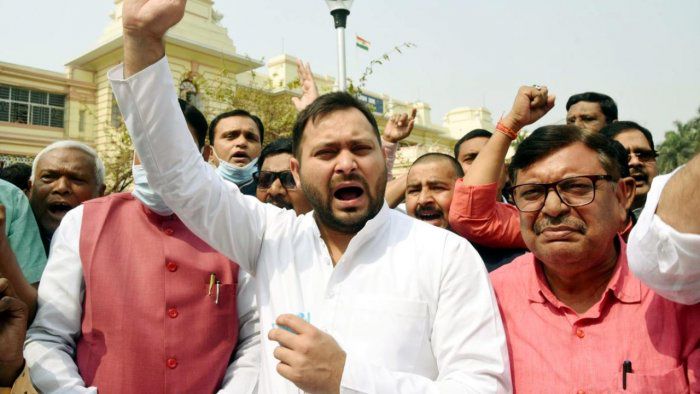 Crime has increased by 100% in Bihar: Tejashwi Yadav quotes NCRB to put Nitish on the mat

A day after a police official Dinesh Ram was gunned down by illicit liquor traders in Sitamarhi district, Leader of the Opposition in the State Assembly, Tejashwi Yadav on Thursday put Nitish Kumar regime in the dock over the sharp rise in crime. 'According to a recent report of National Crime Record Bureau (NCRB), there has been 101.02 % increase in crime compared to the previous RJD regime,' tweeted Tejashwi.

'The present Government which blows its own trumpet and spreads falsehood about good governance has been thoroughly exposed,' tweeted the RJD leader in Hindi.