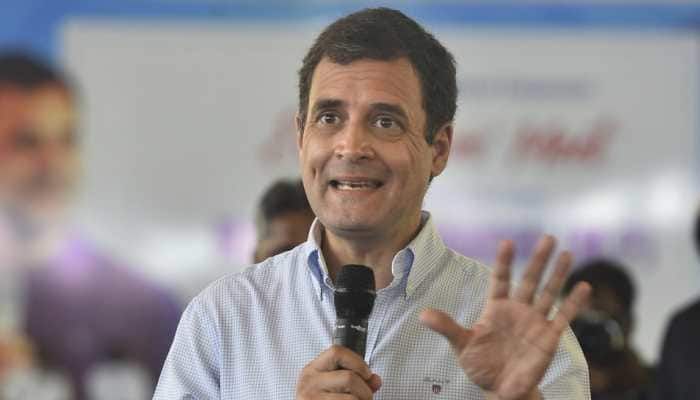 New Delhi: The Tamil Nadu unit of the Bharatiya Janata Party has approached the election commission seeking an order to restrain Congress leader Rahul Gandhi from campaigning in the state for allegedly violating the model code of conduct.

The party's state in-charge, election liaison committee, V Balachandran also urged the commission to direct the police to register an FIR against Gandhi for "inciting the youth to another freedom struggle."

In a memorandum submitted to the chief electoral officer (CEO) Satyabrata Sahoo, the BJP alleged that Gandhi's campaign in St.Joseph's Matric Higher Secondary School in Mulagumoodu in Kanyakumari district on March 1 was akin to an election campaign in school premises.

Asserting that his political campaign in the educational institution violated provisions of the model code of conduct, the BJP demanded strict action including "prohibitory orders for his poll campaign in Tamil Nadu."

The memorandum also stated that Gandhi committed offences under sections 109 (punishment for abetment) and 124 A (sedition) of the IPC for his remarks.

Waiting For Vaccination, Not As A Journalist But As A Daughter
Advt