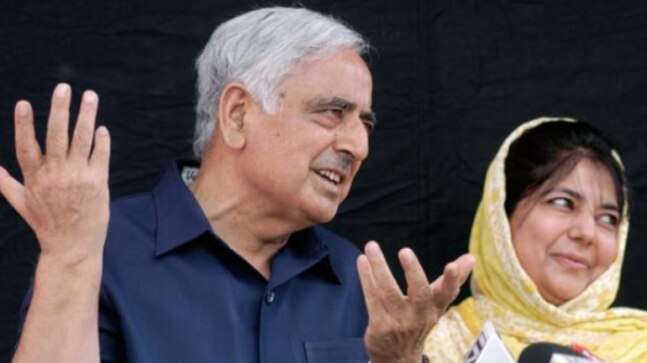 Jammu and Kashmir's police chief is defending political detentions in Kashmir under the controversial Public Safety Act, but says former chief minister Mehbooba Mufti -- one of the detainees -- shouldn't have been called "Daddy's girl" in a government dossier.

The territory's government explained its decision to book Mehbooba Mufti, 60, under the PSA by pointing, among other things, to her "insidious machinantions" and said the "masses" called her "Daddy's girl" -- her father was the late Mufti Mohammad Sayeed, an ex-CM himself -- and "Kota Rani".