'No vaccine for crazy': Video of man riding a bike over a bridge's arch goes viral 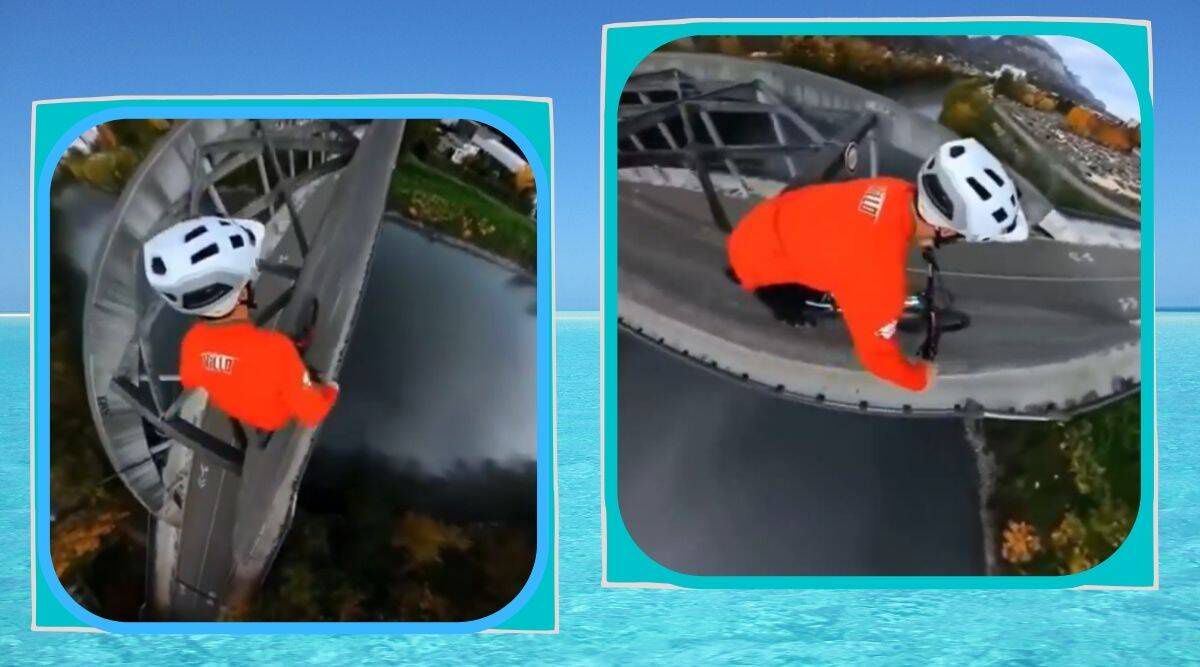 'No vaccine for crazy': Video of man riding a bike over a bridge's arch goes viral

Time and again, social media influencers come up with interesting ways to engage their followers. However, a frightening video shared by a France-based content creator climbing the arch of a steep bridge on a bicycle has triggered a debate on social media.

The video, which was originally shared on Instagram by France-based athlete Antoni Villoni, was reshared by comedian Trevor Noah along with a caption, 'There's no vaccine for crazy!' In the 18-second clip, which has now gone viral, the cyclist can be seen going over the rails of a steep bridge on a mountain bike.