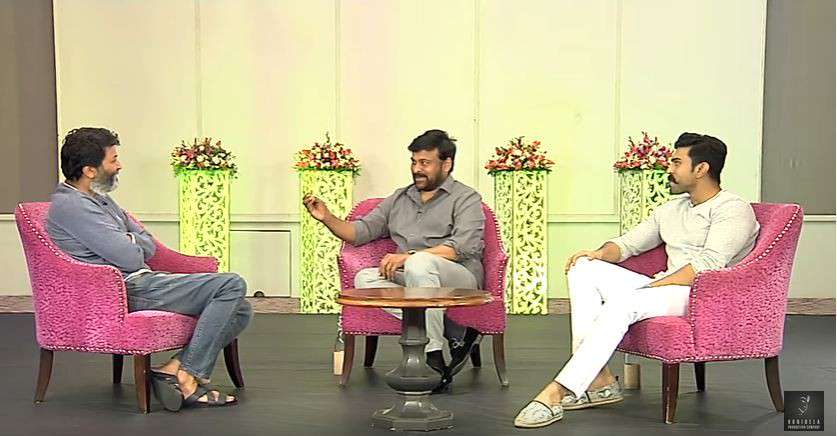 Like many Tollywood celebs, director Trivikram Srinivas took a break from the shooting of Allu Arjun's next movie Ala Vaikuntapuramloto watch Chiranjeevi's Sye Raa Narasimha Reddy.

As he began the interview, Trivikram Srinivas congratulated Chiranjeevi and Ram Charan for the success of Sye Raa Narasimha Reddy, which, he said none guessed. Before he asked his first question to the two of them, Chiru interrupted and wished all the viewers on the occasion of Vijay Dasami. He also asked the director about the factor that made him have his and Charan's special interview.

Trivikram said, "I watched Khaidi No 150 on the first day of its release.