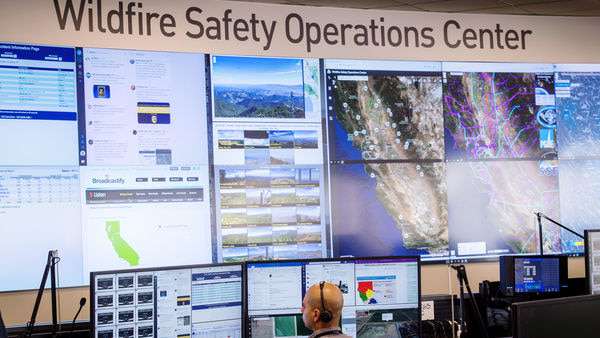 Rolling blackouts affecting up to 800,000 customers began Wednesday in parts of California as a utility company switched off power because of hot, windy weather that raises the risk of wildfires.

Pacific Gas & Electric, which announced the three-phase deliberate power outage, is working to prevent a repeat of a catastrophe last November in which power lines it owned were determined to have sparked California's deadliest wildfire ever.

In that inferno, 85 people died and a town called Paradise was virtually destroyed. The company has been found responsible for dozens of other wildfires in recent years, too.