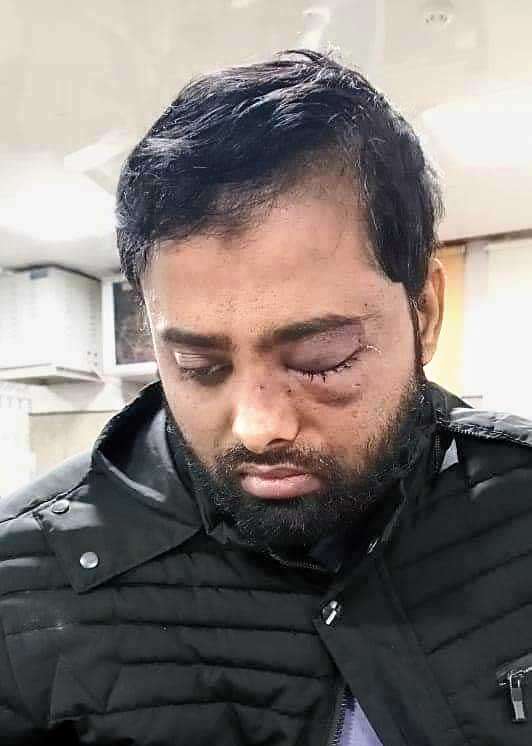 Postgraduate law student Mohammad Minhajuddin was at the reading room in Jamia Millia Islamia's Ibn-e-Sina block on December 15, 2019, around 6pm.

Minhajuddin has lost vision in his left eye.

The reading room resembles that seen in a video clip released by the Jamia Coordination Committee, which groups students and alumni, on Saturday. The footage also shows uniformed personnel mercilessly raining lathi-blows on youngsters in the room.

On Sunday, Minhajuddin told The Telegraph that he was hit by a fibreglass lathi while leaving the room. "More than 20 personnel entered in riot gear and began to hit us with lathis without warning and without asking any questions.

UP medical college staff sacked after complaining of lack of PPE

I can be champion for two years: Simona Halep on Wimbledon cancellation
Advt