CMC: Be on guard against dengue 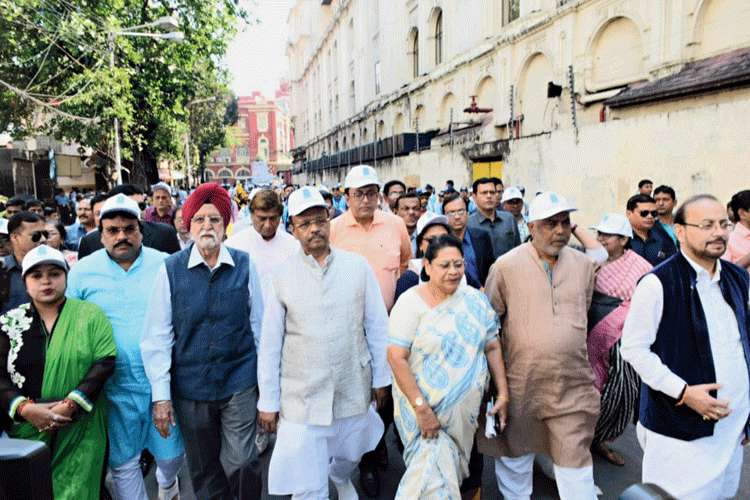 CMC: Be on guard against dengue

The winter is in retreat and the temperature is rising. It's time Calcuttans started taking steps to prevent the spread of vector-borne diseases such as dengue, the Calcutta Municipal Corporation said on Sunday.

A scientist hired by the civic body said the Aedes aegypti mosquito, the dengue vector, would find favourable conditions in the coming days to spread the virus. "The temperature would soon be in the range which makes the Aedes mosquitoes bite and infect humans with dengue," the scientist said.

Officials of the CMC's health department said if preventive steps could be taken from now, the dividends could be reaped during the monsoon, which routinely witnesses a dengue outbreak as conditions are ripe for Aedes mosquitoes to breed.

'I knew I had no chance of making runs': Virat Kohli reveals lowest moment of his career

On April 5, Switch Off All Lights For 9 minutes at 9 PM And Light up Lamps, PM Modi's Appeal to 130 Crore Indians

UP: Cases registered against Tablighi Jamaat members in Mau
Advt

Watch: PM Modi's video message to the nation, his third address on coronavirus

Aaditi is rigid when it comes to s*xual acts

Allow movement of goods between states without curbs: Kerala to PM