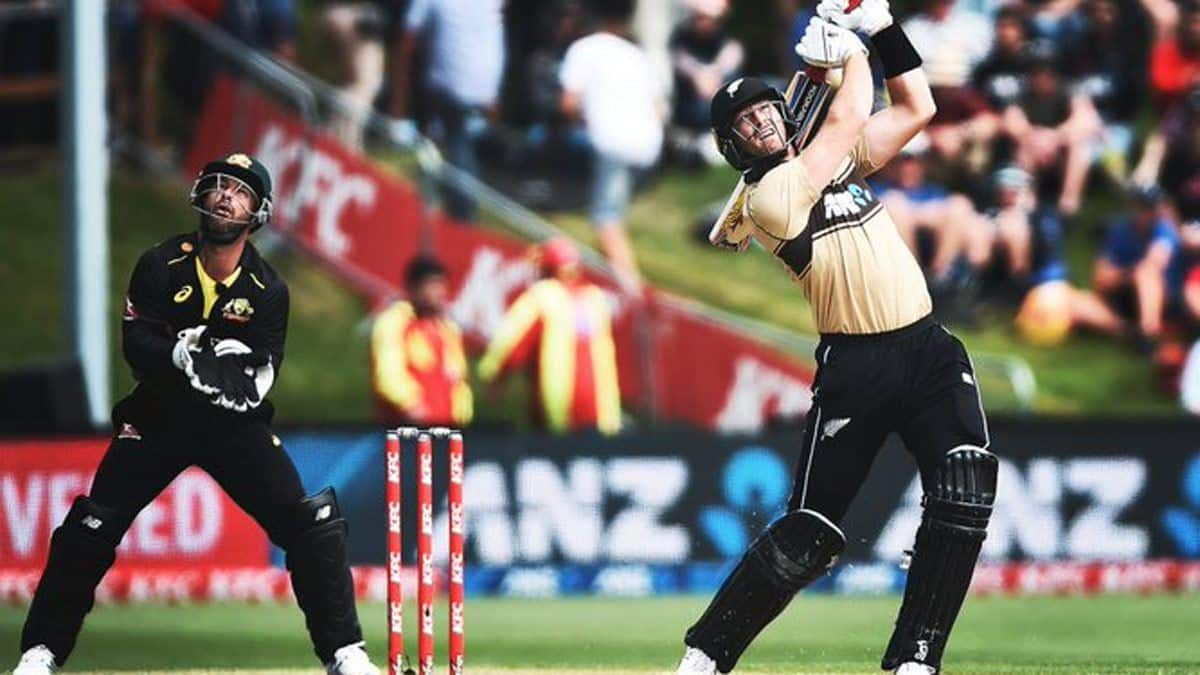 Martin Guptill ran roughshod over Australian bowlers in the 2nd T20I on Thursday as he smashed 97 off 50 deliveries to power his team to a mammoth 219/7 in Dunedin. Opener Guptill belted six fours and eight sixes during his brutal assault entertaining the capacity crowd with captain Kane Williamson (53) and allrounder James Neesham (45* off 16) adding fireworks of their own in a dominating display with the bat.

During his innings, Guptill surpassed India opener Rohit Sharma in the list for the most sixes in T20Is. Guptill has now 132 sixes from 96 T20Is which is the most by any batsman in the format till date and five more than the previous record-holder Rohit who has 127 such hits from 108 matches.