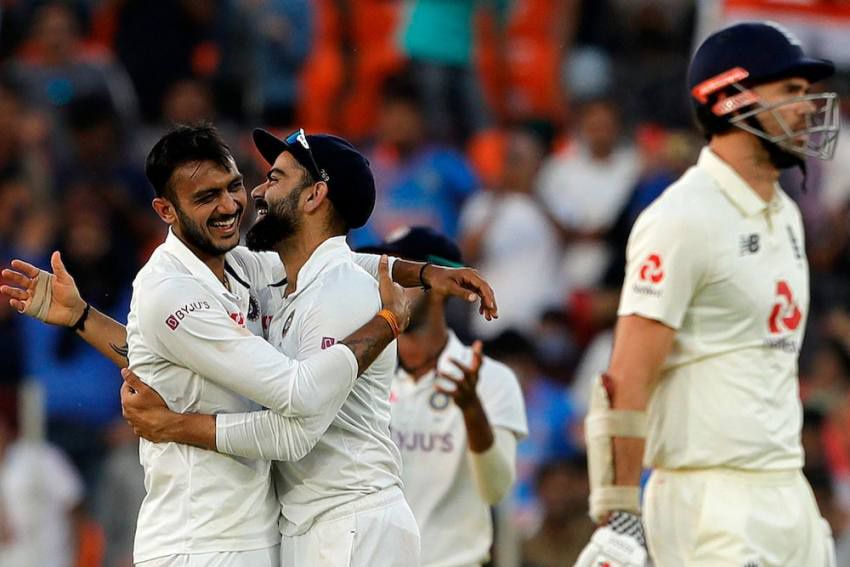 India ended the opening day of the third Test against England firmly on top despite losing Virat Kohli in the final over, closing on 99-3 having bowled out their opponents for 112.

The day-night contest at the newly named Narendra Modi Stadium in Ahmedabad was viewed in the build-up as a chance for the seam bowlers to take centre stage, with the four-match series between the teams delicately poised at 1-1.

However, it was India's spinners who once again dominated proceedings, Axar Patel claiming career-best figures of 6-38 to continue his outstanding start in Test cricket.