Low pressure to bring heavy rain in Odisha till Monday 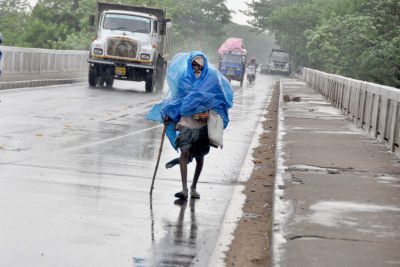 Low pressure to bring heavy rain in Odisha till Monday

Bhubaneswar, July 22 A fresh low pressure area has formed over the northwest Bay of Bengal and its neighbourhood and will trigger heavy rainfall in several places in Odisha for five days starting from Thursday, the India Meteorological Department (IMD) said.

On July 26, heavy rainfall is likely to occur at one or two places over the districts of Keonjhar, Mayurbhanj, Balasore, Sundargarh, Jharsuguda, Sambalpur, Bargarh, Malkangiri, and Koraput.

Till Thursday, the state has recorded a rainfall of 346.3 mm during this monsoon season, which is 24 per cent less than the long term average rainfall. At least 19 districts have witnessed deficit rain in this monsoon season so far.