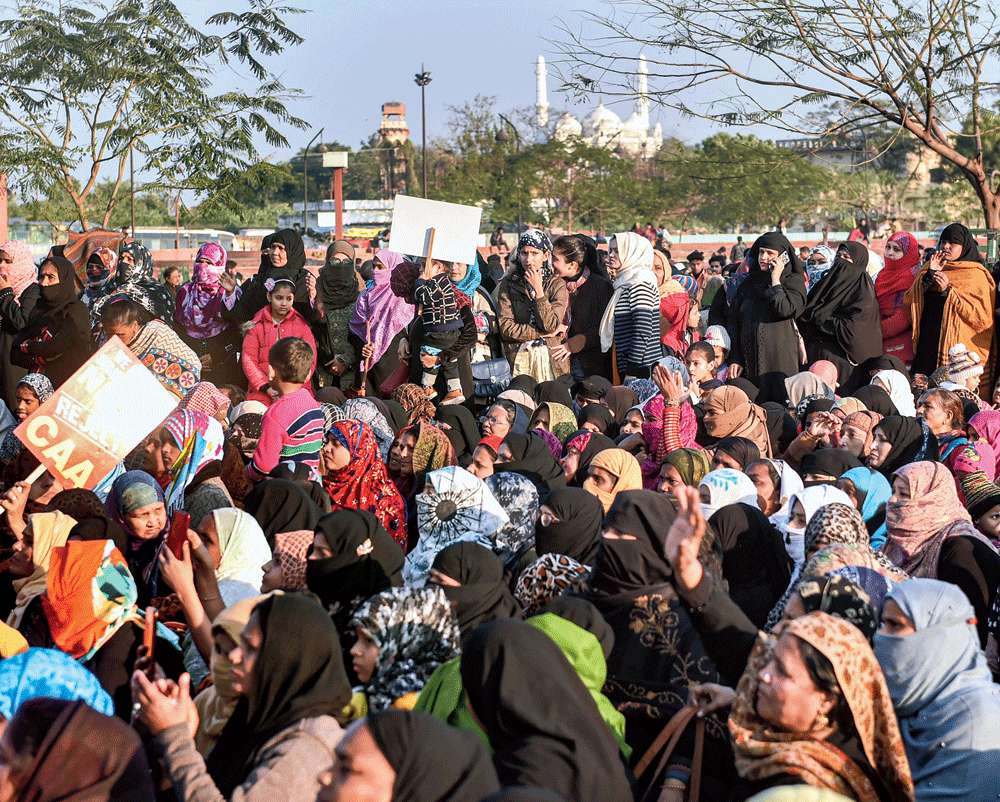 An extraordinary feature of the protests against the new citizenship regimen has been the stellar role played by women.

The following is an account narrated by a middle-aged woman, who was booked for participating in a dharna in Lucknow, on the tactics allegedly being deployed by Uttar Pradesh police to intimidate the protesters and their families. In this particular case, the police appeared to have been outsmarted by the family.

The police have not confirmed that the incident took place. Under normal circumstances, The Telegraph would not have reproduced snatches of conversation attributed to a third person without corroboration.

'What the hell was that all about?': Donald Trump on Parasite's Oscar win

Union Minister Giriraj Singh strikes again, says, 'Muslims should have been sent to Pak in 1947'

Pragyan Ojha announces retirement from all forms of cricket

Who is Amulya? All we know about girl who shouted Pak Zindabad

Is 'family' the reason why Amitabh Bachchan will not forgive Amar Singh, despite apology?
sitemap Disclaimer
Newsdig.in 2019