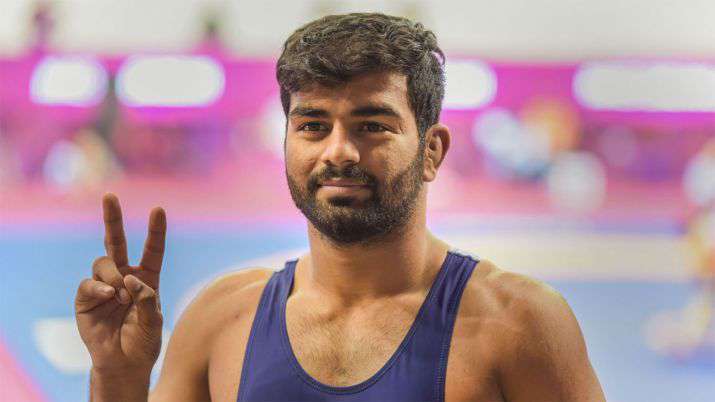 India's Ashu and Aditya Kundu won a bronze medal each in 67kg and 72kg Greco-Roman categories respectively on the second day of the Asian Wrestling Championships here on Wednesday.

Ashu beat Syria's Abdulkarim Mohammad Al-Hasan 8-1 while Kundu defeated Nao Kusaka of Japan 8-0 inside one and a half minutes in a lop-sided 72kg bronze medal bout.

India has so far won four medals in the championships, after Sunil Kumar's historic gold in 87kg and Arjun Halakurki's bronze in 55kg Greco-Roman category on Tuesday.

Agra COVID-19 hotspots: List of areas which will be sealed from midnight

COVID-19: PM to Interact With CMs About Lockdown Extension on Sat
Advt

Know the coronavirus hotspots in Ghaziabad, which will be sealed from midnight

Shocker: No dialogues from Balayya in his next?

Netflix realized their mistake on Bunny

Sonali Bendre Behl: Do we really need to have someone dying to show some kindness?

Is There Evidence HCQ Can Help Fight COVID-19? What Are Its Risks?
sitemap Disclaimer
Newsdig.in 2019