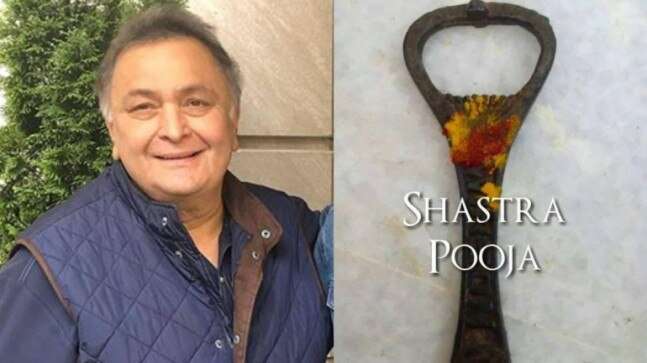 On Dussehra yesterday, Rishi Kapoor worshipped a bottle opener. Following a Hindu observance, also known as Shashtra Puja, in which weapons are worshipped on Dussehra, the 102 Not Out actor used a bottle opener to perform the ritual. The actor took to Twitter to share a picture of the bottle opener. He also gave an important advice to his fans along with the picture.