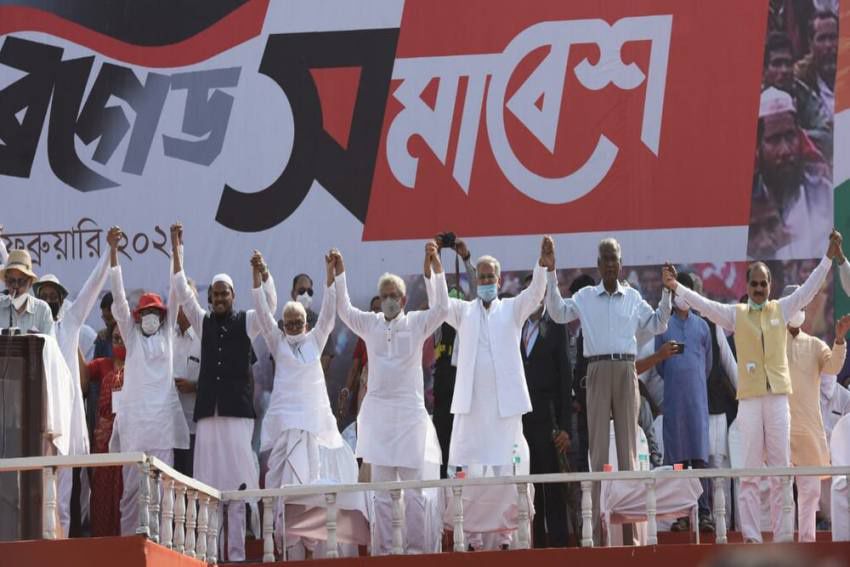 For the upcoming West Bengal assembly polls, the alliance of the Left Front, Congress and the newly formed Indian Secular Front (ISF) announced the names of constituencies from where each party will contest for the first two phases of the election.

The alliance also declared the candidates for the seats allotted to it.

However, the Congress and the ISF will come out with the names of their contestants later, their leaders said.

LF chairman Biman Bose said that consensus on some seats is yet to be arrived at by the alliance partners.

Nandigram, from where Trinamool Congress supremo and Chief Minister Mamata Banerjee will contest, is one such seat.

Assembly elections in the state will be held in eight phases between March 27 and April 29. Votes will be counted on May 2.