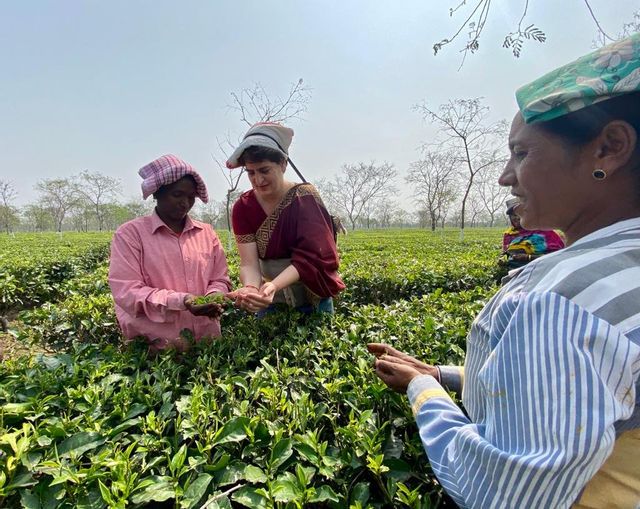 Biswanath: The Assam Congress unit is fighting a long-standing battle to return to relevance akin to the glorious times of former chief minister Tarun Gogoi. It is now the responsibility of the next generation to win it back in this year's assembly elections.

With this agenda in mind, Congress general secretary Priyanka Gandhi has set out on the campaign trail in Assam, meeting women, labourers and farmers across the state, and taking the message of the party far and wide to oust the incumbent Bharatiya Janata Party government.

Gandhi on Tuesday interacted with tea garden workers at Sadhuru tea garden in Assam's Biswanath and was even seen plucking tea leaves with women workers.