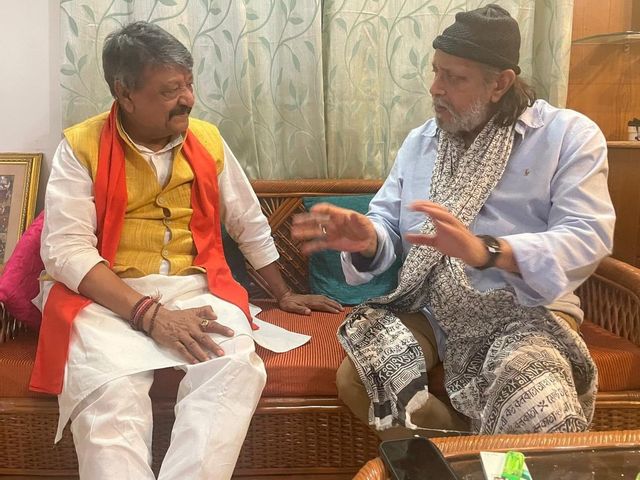 The Central Observer of BJP for West Bengal, Vijayvargiya met Chakraborty at the latter's residence in Belgachia. After the meeting, the BJP leader tweeted that he was "floored" by the actor's patriotism and love for the poor and downtrodden.

Late night there was a long discussion with the renowned name of Indian cinema, actor Mithun Da in Belagachia, Kolkata.