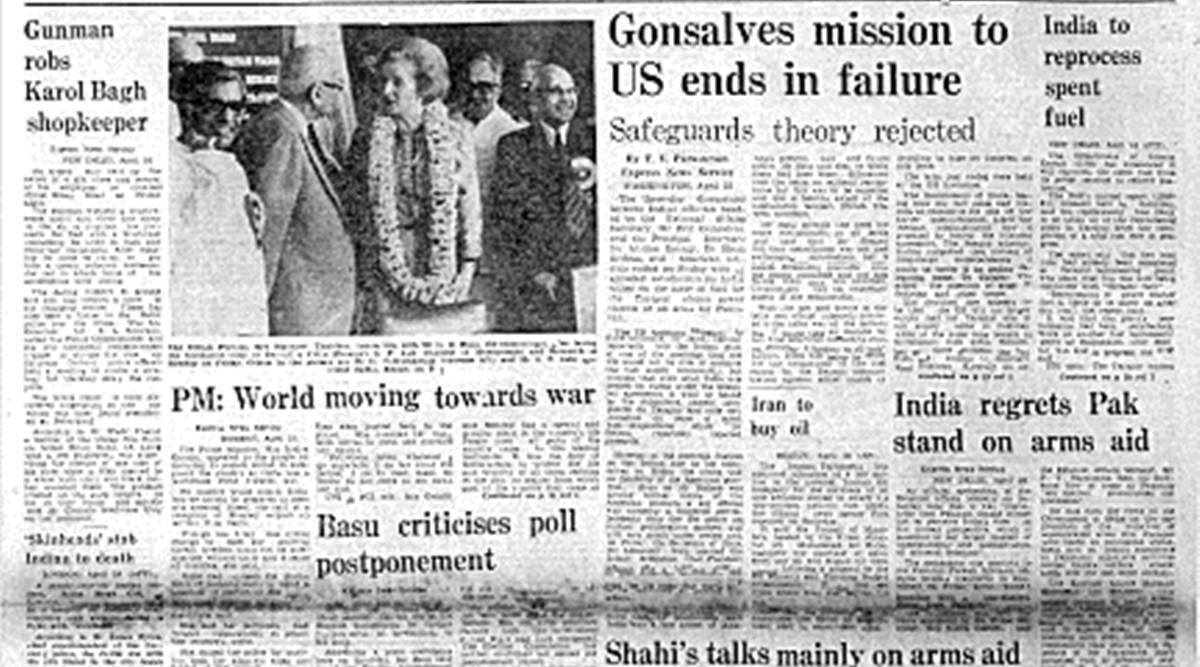 The three-day discussions between Indian officials headed by External Affairs Secretary Eric Gonsalves and Principal Secretary Atomic Energy Homi Sethna and US officials has ended with no satisfaction for India on either the issue of fuel for Tarapur or arms supply to Pakistan. The US Assistant Secretary of State Designate James Malone told the Indian team that the US will not be able to continue the fuel supply relationship but insisted that even after India was denied its due under the bilateral treaty, it would be bound by obligations, namely safeguards on Tarapur and reuse of spent fuel, both of which were promptly rejected by India.

The Delhi administration is likely to ban the use of air-conditioners from 6 PM to 10 PM. The Delhi Electric Supply Corporation has written to Governor S L Khurana that the ban is necessary in view of the increased demand on electricity and reduced supply.