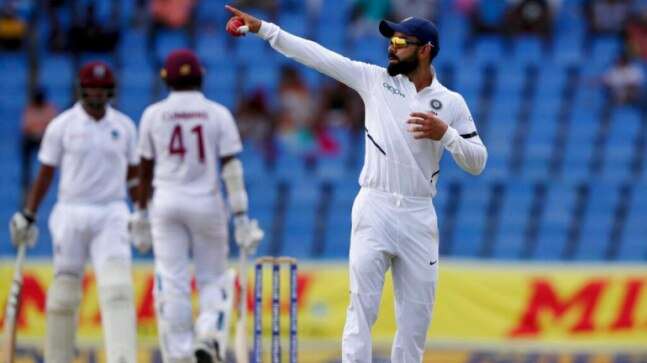 India captain Virat Kohli was a satisfied man after his team completed its biggest win overseas in terms of runs as they beat the West Indies by 318 runs on Day 4 of the first Test in North Sound, Antigua on Sunday.

India beat the Windies by 318 runs on Day 4 to take an unbeatable 1-0 lead in the two-match series and begin their ICC World Test Championship campaign in style. It was also India's fourth biggest win (in terms of runs) in Test cricket overall.

Look Forward to Being With Great Friends in India, Trump Tweets With Morphed Baahubali Video
Advt