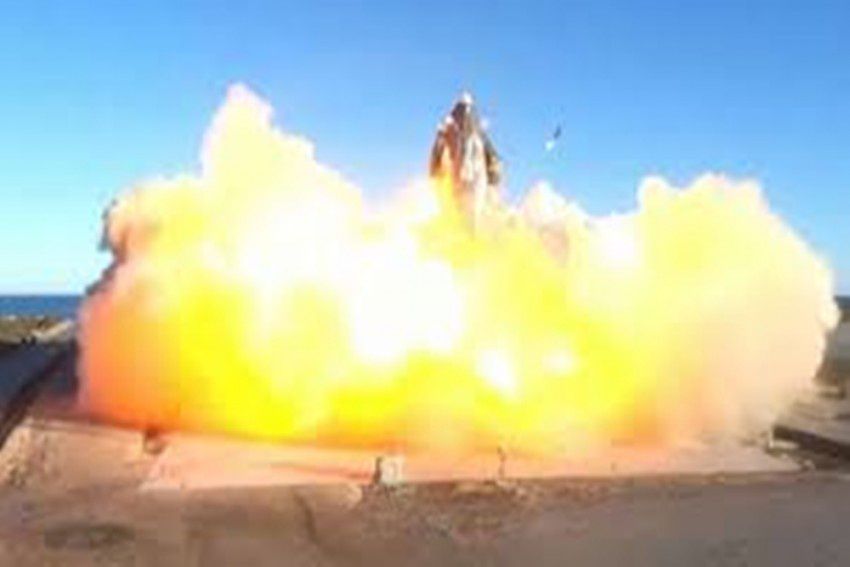 SpaceX's futuristic Starship looked like it aced a touchdown Wednesday, but then exploded on the landing pad with so much force that it was hurled into the air.

The full-scale prototype of Elon Musk's envisioned Mars ship soared more than 6 miles (10 kilometers) after lifting off from the southern tip of Texas on Wednesday. It descended horizontally over the Gulf of Mexico and then flipped upright just in time to land.

The shiny bullet-shaped rocketship remained intact this time at touchdown, prompting SpaceX commentator John Insprucker to declare, 'third time's a charm as the saying goes' before SpaceX ended its webcast of the test.