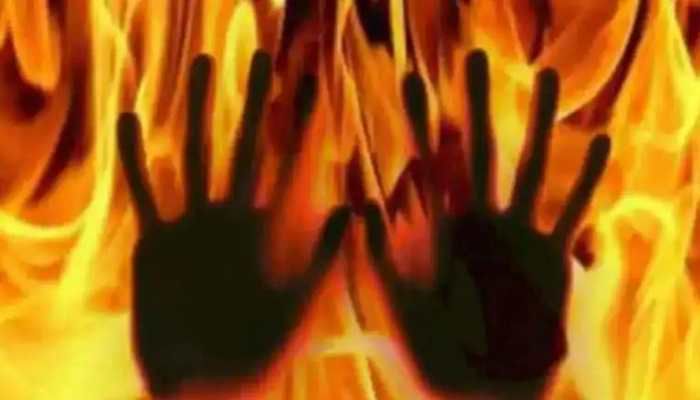 The woman has been admitted to a hospital in Bikaner with serious burn injuries, Golupura Station House Officer (SHO) Omprakash said, adding that Pradeep Vishnoi, who was accused by the woman of raping her in 2018, has been detained for questioning.

The incident occurred in the early hours of Thursday. The victim, who has a daughter, was living with her maternal grandmother following a dispute with her husband, the police said.

A man entered their house premises in the early hours of Thursday, sprinkled kerosene on the floor, knocked on the door and called the woman by her name.