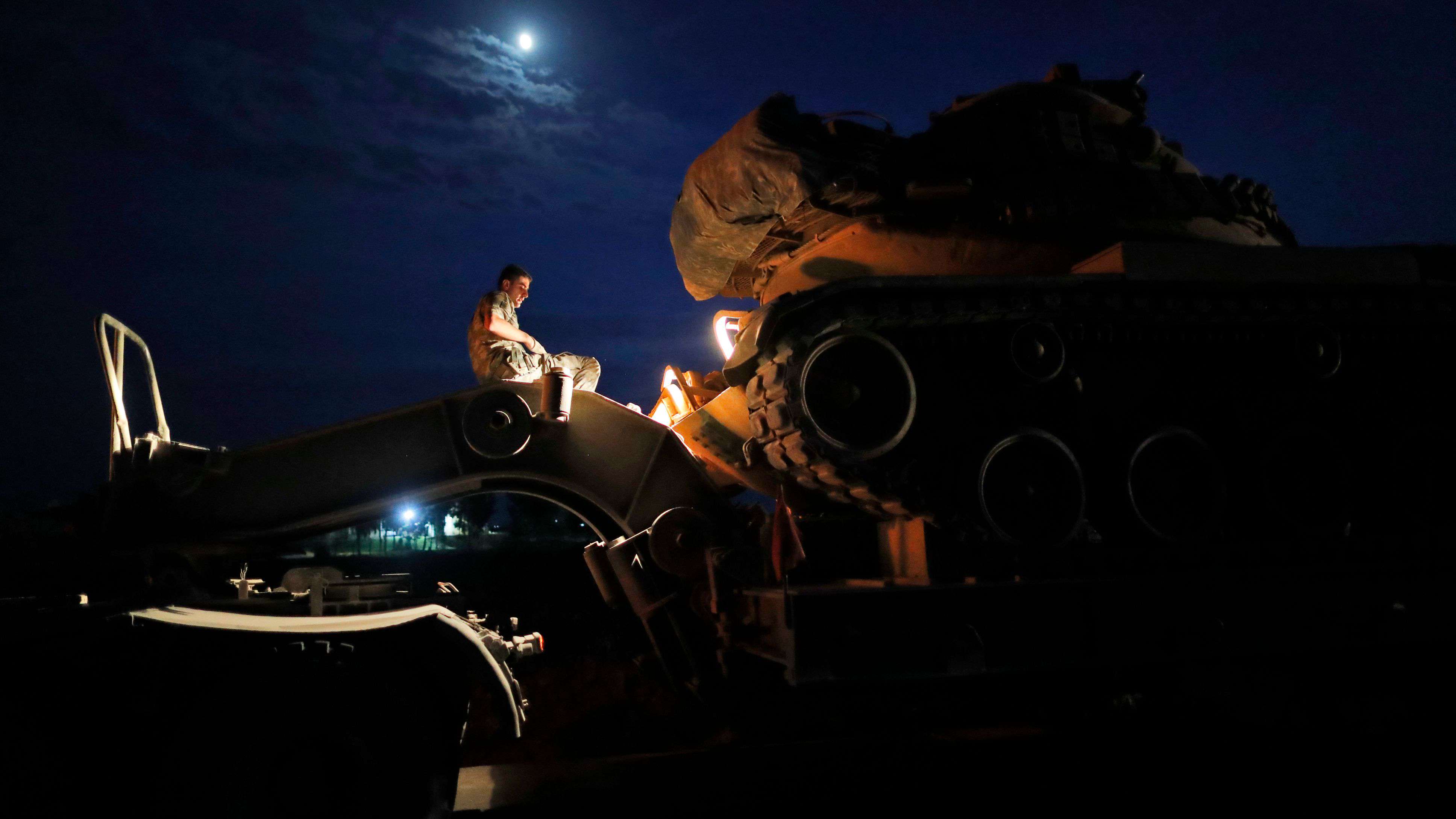 A Turkish army officer prepares to upload a tank from a truck to its new position on the Turkish side of the border between Turkey and Syria, in Sanliurfa province, southeastern Turkey.

The Turkish operation against Kurdish militants in northern Syria has begun, President Recep Tayyip Erdogan wrote on Twitter on Wednesday, 9 October. An explosion had been heard in northeast Syria near the Turkish border, AFP reported.

Over 3,000 trains cancelled in 2019 due to maintenance work on railway network: RTI reply

Janhvi's 'Gunjan Saxena: The Kargil Girl' Gets a Release Date

Prashant Kishor, sacked from JDU, hints about his future plans in Bihar