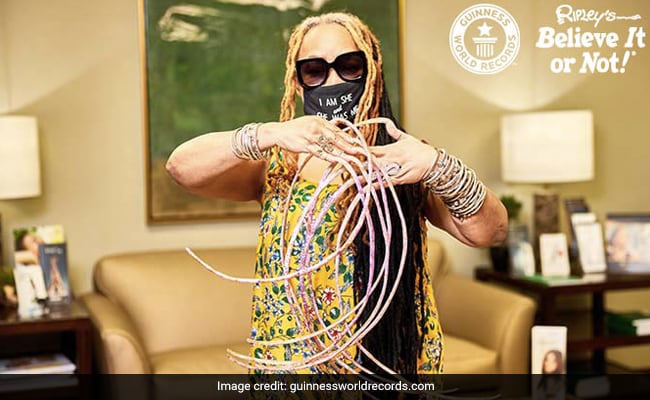 Ayanna Williams had her nails cut when they measured over 24 feet.

The woman with the world's longest nails has finally had them cut after nearly three decades. Ayanna Williams of Houston, USA, broke the Guinness World Record for the world's longest fingernails in 2017. At the time, her fingernails measured nearly 19 feet long, reports CNN, and it took Ms Williams more than two bottles of nail polish and over two hours to complete a manicure.

Ms Williams got her nails cut this weekend.

Before an electric rotary tool to cut the record holder's long nails, they were measured one last time. It turned out that the Houston resident had managed to break her own record by letting her nails grow after her initial confirmation four years ago. At the time of being cut, they measured a whopping 24 feet and 0.7 inches.

According to Guinness World Records, this is the first time that a record-holder has cut their nails since the early '90s. For Ayanna Williams, it was an emotional goodbye.