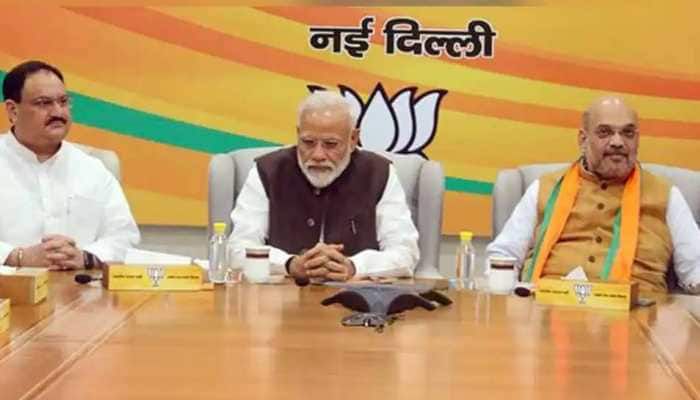 New Delhi: Prime Minister Narendra Modi on Friday held deliberations with Home Minister Amit Shah and BJP president J P Nadda amid speculation about a reshuffle in the Union cabinet, an exercise Modi has not undertaken since forming the government for a second time in May 2019.

There is also a growing buzz about the Cabinet expansion in Uttar Pradesh after Chief Minister Yogi Adityanath met the BJP top brass during his two-day visit to the national capital.

Sources, however, added that Modi has been meeting Union ministers in different batches of late, and Nadda has also been present there.

Read all the latest updates on COVID-19 here.
Read more on Zee News
Disclaimer: This is an automatically aggregated article/story by a computer program and has not been created or edited by Newsdig.in.