Finally, Kerala BJP has a new president in Surendran 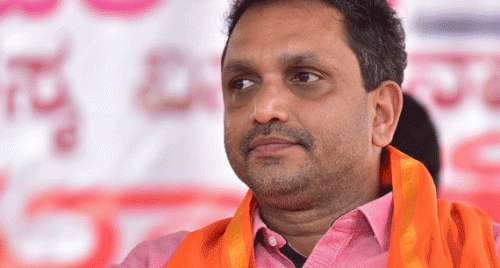 Finally, Kerala BJP has a new president in Surendran

Thiruvananthapuram, Feb 15 (IANS) Finally after months of dilly dallying, the national leadership of the BJP, on Saturday, named young state party general secretary K. Surendran as its new president of the Kerala unit.

"I will do my best and do justice in the faith that the leadership of the party has placed on me by strengthening the party here at all levels," said Surendran to the media after hearing of his elevation.

The post has been lying vacant since incumbent president P.S. Sreedharan Pillai demitted the post after being appointed as Governor of Mizoram, late last year.

Read more on Suryaa
Disclaimer: This is an automatically aggregated article/story by a computer program and has not been created or edited by Newsdig.in.

East West Metro set off on its first public ride

Drag on global GDP because of coronavirus outbreak

Who is Amulya Leona, 19-year-old who chanted 'Pakistan Zindabad' at anti-CAA protest?