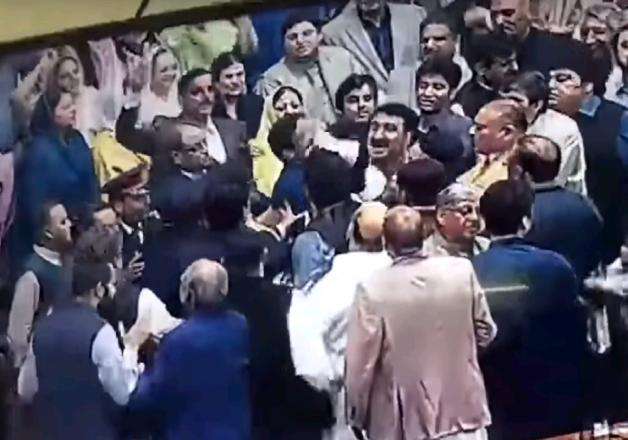 The video of the dramatic fight breaking out between the ministers of both the parties amid Pakistan President's address has gone viral.

India to Switch to World's Cleanest Petrol, Diesel from 1 April

QuickE: Deepika as Romi Bhatia in '83'; Rajkummar's Next
Advt

Ahead of Trump's visit, CCS gives approval to $2.6 billion helicopter deal with USA

No rivalry, only utmost respect for Sushil: Jitender Kumar

Donald Trump to be treated to India's rich cultural heritage in Ahmedabad, visit will be 'brief but intense'

Nice to be back playing in South Africa: Steve Smith

Priyanka Gandhi to 6-year-old Anabia: "Be a brave girl always"