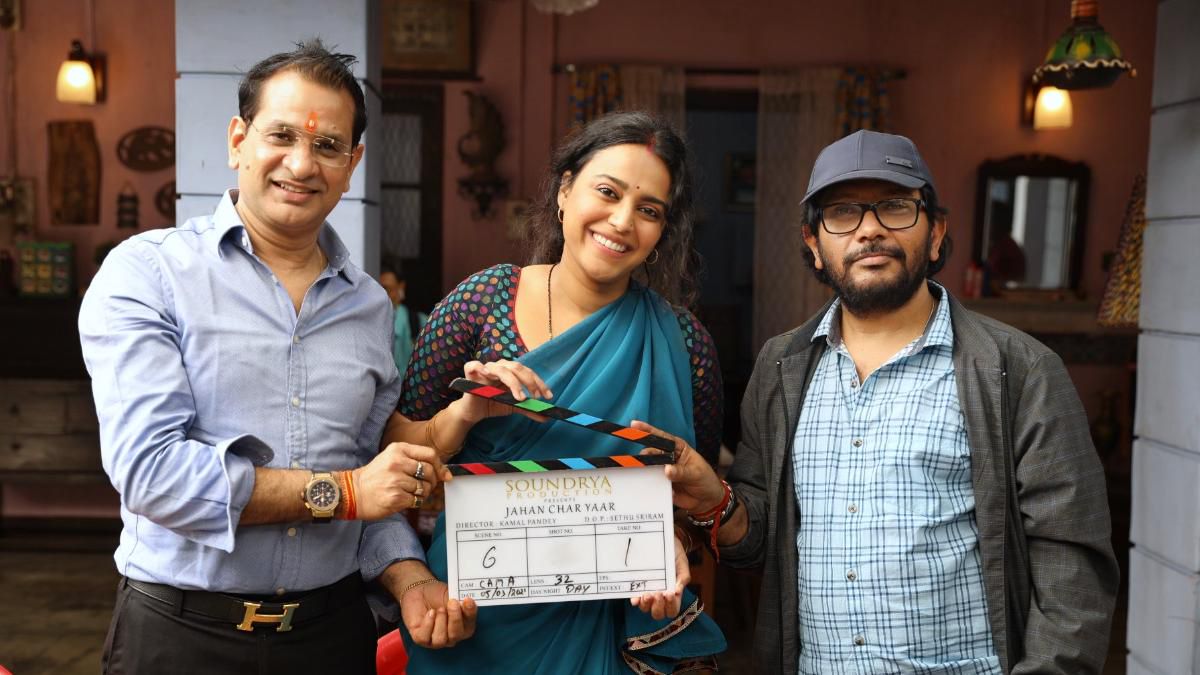 Swara Bhasker has started shooting for her upcoming film Jahaan Chaar Yaar. The actress shared pictures from the film's shooting location and it has a Tanu Weds Manu connection.

Swara is shooting for Jahaan Chaar Yaar in Lucknow, where she shot for Tanu Weds Manu 11 years ago. The film is produced by Vinod Bachchan, who also bankrolled Tanu Weds Manu.

Sharing behind-the-scene pictures from the set, Swara wrote, "SO happy to reunite with @vinodbachchan Sir again after 11 years of #TanuWedsManu shoot coincidentally in the same city.. Day 01 of #JahaanChaarYaar shoot in Lucknow today.