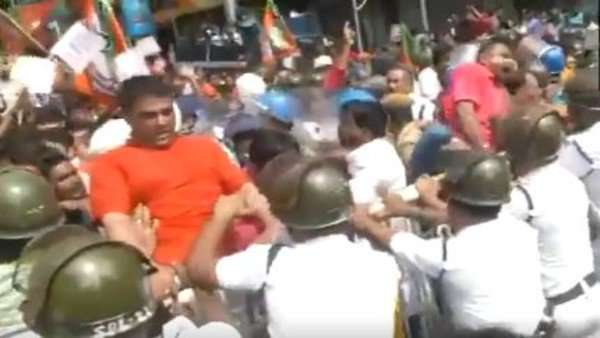 Kolkata, Sep 11: Kolkata streets turned into battlefield yet again on Wednesday following a protest by the BJP Yuva Morcha workers marching towards 'Calcutta Electric Supply Corporation (CESC)' office over hike in electricity tariff. The Kolkata Police prevented the protesters in Central Avenue, in north Kolkata from trying to break the barricade. Police also fired water cannons to control the agitation in the area.

Reportedly, the protest march triggered massive chaos in the heart of the city. Police fire water cannons at BJP workers marching towards the CESC office over hike in electricity tariff.

CAA is a matter entirely internal to the country: India tells EU

Fact Check: Man attacked with ink and slippers has no relation to either BJP or CAA

Turkey quake rescue winds down after dozens pulled from rubble