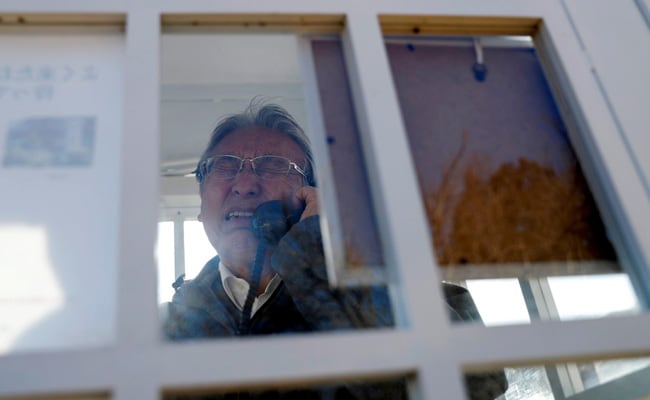 Kazuyoshi Sasaki, 67, who lost his wife in the March 11, 2011 earthquake and tsunami (Reuters)

In a garden on a hill, under the wide boughs of a cherry tree, a white phone booth glistens in the early spring light.

He explains how he searched for her for days after the devastating earthquake and tsunami a decade ago, visiting evacuation centres and makeshift morgues, returning at night to the rubble of their home.

"It all happened in an instant, I can't forget it even now," he says, weeping. "I sent you a message telling you where I was, but you didn't check it."

"When I came back to the house and looked up at the sky, there were thousands of stars, it was like looking at a jewel box," the 67-year old says. "I cried and cried and knew then that so many people must have died."

Sasaki's wife was one of nearly 20,000 people in northeastern Japan killed by the disaster that struck on March 11, 2011.