Doctor Got Vaccinated Without Wife. Their Conversation Is Now Viral 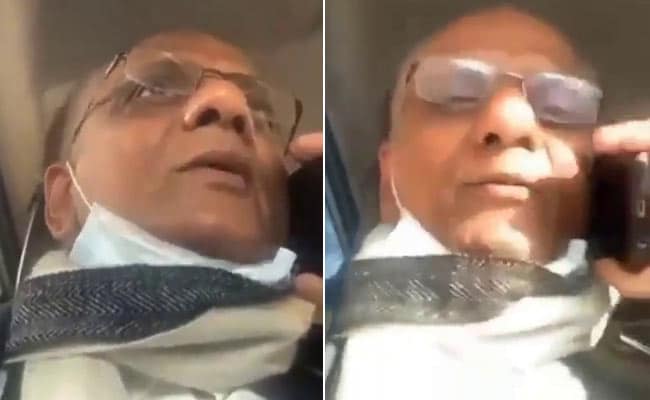 Doctor Got Vaccinated Without Wife. Their Conversation Is Now Viral

A Delhi-based senior doctor who got himself vaccinated against Covid-19 alone had to face the wrath of his wife, who was heard berating him over a phone call that is now viral on Twitter. Dr K K Aggarwal, a cardiologist and Padma Shri recipient, was being recorded when he received a call from his wife. When he confirmed receiving a shot, she was heard asking "Why couldn't you take me with you?" repeatedly.

A video of their conversation is now going viral on Twitter.

In the video, Dr Aggarwal was heard explaining to his wife that while he had already received the vaccine, she would be able to get it on Monday. "Main pata karne gaya tha aap logon ka, vo keh rahe the 'khaali hai, lagwa lo', toh maine lagwa li (I just went to check on the vaccine. They said get it done, so I got it)," he was seen saying while sitting in a car.

Not buying this explanation, his wife was heard repeatedly saying, "Why couldn't you take me with you?" and "Don't lie to me."