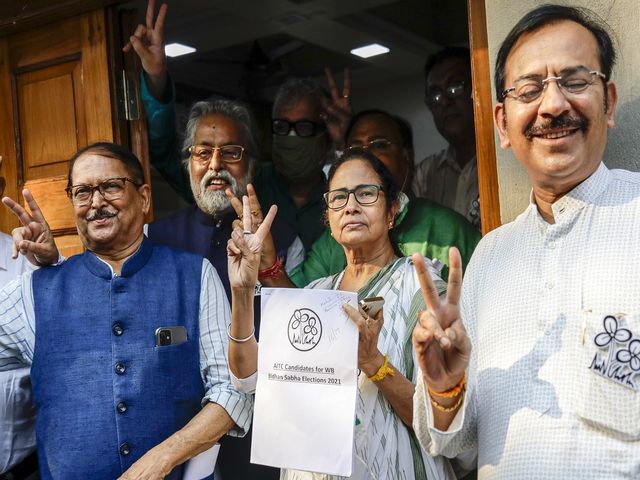 The Trinamool Congress on Friday released its list of candidates for the West Bengal Assembly Elections scheduled to be held in eight phases starting March 27. TMC supremo and CM Mamata Banerjee released a list of 291 candidates, leaving three seats for the party's Darjeeling allies. Mamata announced that she will contest from Nandigram and file nomination from there on March 10. "Today, we are releasing a list of 291 candidates which includes 50 women and 42 Muslim candidates.