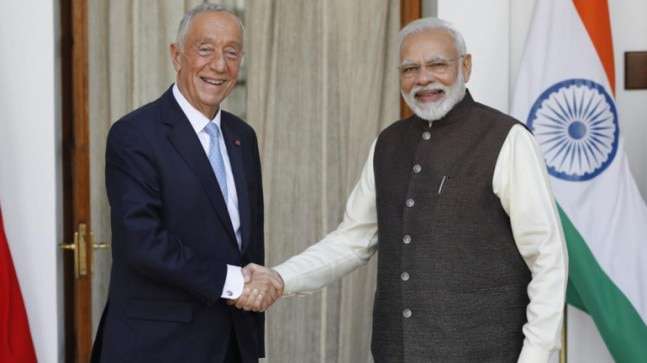 The Portugese Prime Minister was in the country to discuss strengthening bilateral ties with India in areas including trade and investment. Both the leaders also witnessed exchange of agreements between the two countries, according to ANI.

The meeting was to discuss a broader roadmap into deepening relations between the two countries. However, the highlight; which captured eyes on social media and left everyone in splits, was the two PM's handshake.