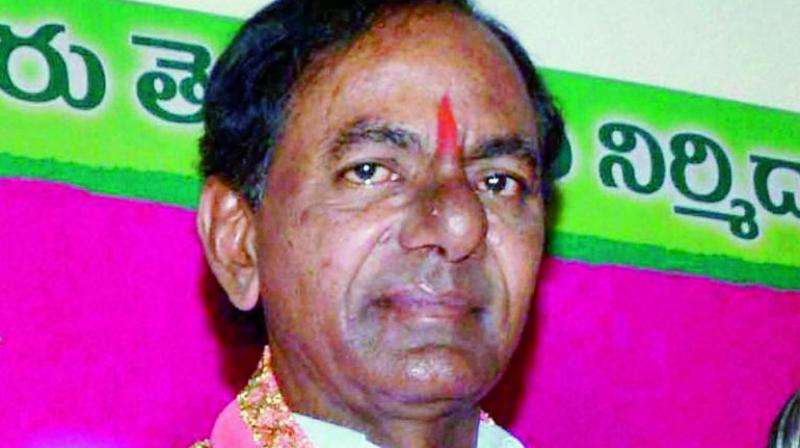 Hyderabad: The BJP has accused Chief Minister K. Chandrasekhar Rao of favouring his friendly ally All India Majlis-e-Ittehadul Muslimeen by bringing out a regulation allowing persons having more than two children to also contest the ensuing polls for the urban local bodies.

BJP MLC and national executive member Naraparaju Ramchander Rao said KCR's appeasement of Owaisi brothers has no limits. The Telangana State Election Commission had clearly stated that any person with more than two children will by default be disqualified from contest the panchayat elections. The MLC protested that the CM has now brought in a regulation negating this rule and allowing persons with more than two children to also contest the ensuing municipal polls.

Trader held for student molest on bus in Calcutta
Advt

Teen gets off moving bus, run over in Calcutta

At United Nations, India awakens to 'right to protest'
Advt