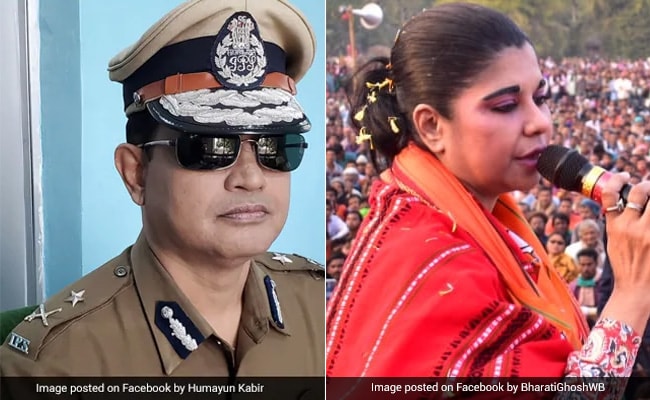 West Bengal's Debra constituency in West Midnapore district will see a fierce contest between two former senior police officers, one from the Trinamool Congress and the other from its rival Bharatiya Janata Party.

One of his last official actions was the arrest of three BJP workers for shouting the infamous "goli maro (shoot them)" slogan at a BJP rally at Chandannagar, led by the BJP's Nandigram candidate Suvendu Adhikari, who quit the Trinamool just before election dates were announced.

Mr Kabir's rival from the BJP, Bharati Ghosh, is also a former IPS officer and she has been named as the BJP's candidate from Debra.