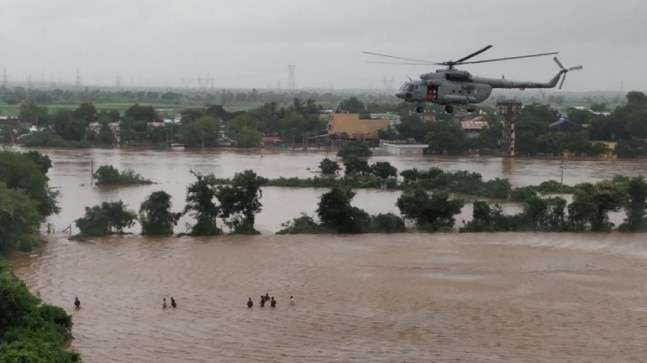 Even as heavy downpour continued to hit several parts of the country on Tuesday, the toll in flood-affected areas in four states mounted up to 225.

The situation continued to remain grim with rescue operations being carried out in areas where lanes were choked due to flood water.

While 88 people were reported dead in Kerala, 54 died in Karnataka, 49 in Maharashtra and 31 in Gujarat in floods and related incidents.

Here's all that happened today as situations worsened due to incessant rainfall in Kerala, Karnataka, Maharashtra, Delhi, Odisha and Himachal Pradesh.

Bid to pass on dividend tax

What would Picasso with The Telegraph?

The month of carrots
Advt