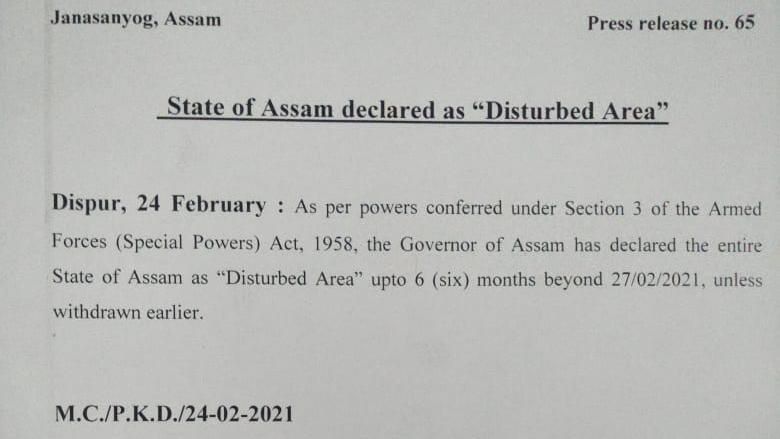 Ahead of the assembly polls in Assam, state Governor Jagdish Mukhi on Wednesday declared the entire state as a 'disturbed area' under the Armed Forces (Special Powers) Act (AFSPA) for another six months beginning February 27.

"As per powers conferred under Section 3 of the Armed Forces (Special Powers) Act, 1958, the Governor of Assam has declared the entire state of Assam as 'disturbed area' up to six months beyond February 27, 2021, unless withdrawn earlier," said a press release issued by the state government.