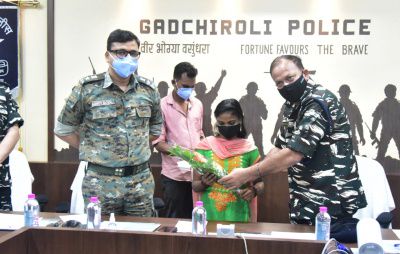 Gadchiroli (Maharashtra), June 18 A leading woman Maoist carrying a reward of Rs 2 lakh on her head, laid down arms before the Maharashtra Police, marking a significant success for the anti-Maoist operations, officials said here on Friday.

She was wanted for four encounter killing incidents and the state government had announced a Rs 2 lakh reward for her information or capture.

Goyal said that in the past years, as many as 38 Maoists have laid down arms and returned to the national mainstream and with various types of help from the state government, are leading normal prosperous lives.

Among the former rebels who opted for a civilised life were four DVCs, two Dalam commanders, three Deputy Commanders and 29 other members and activists.